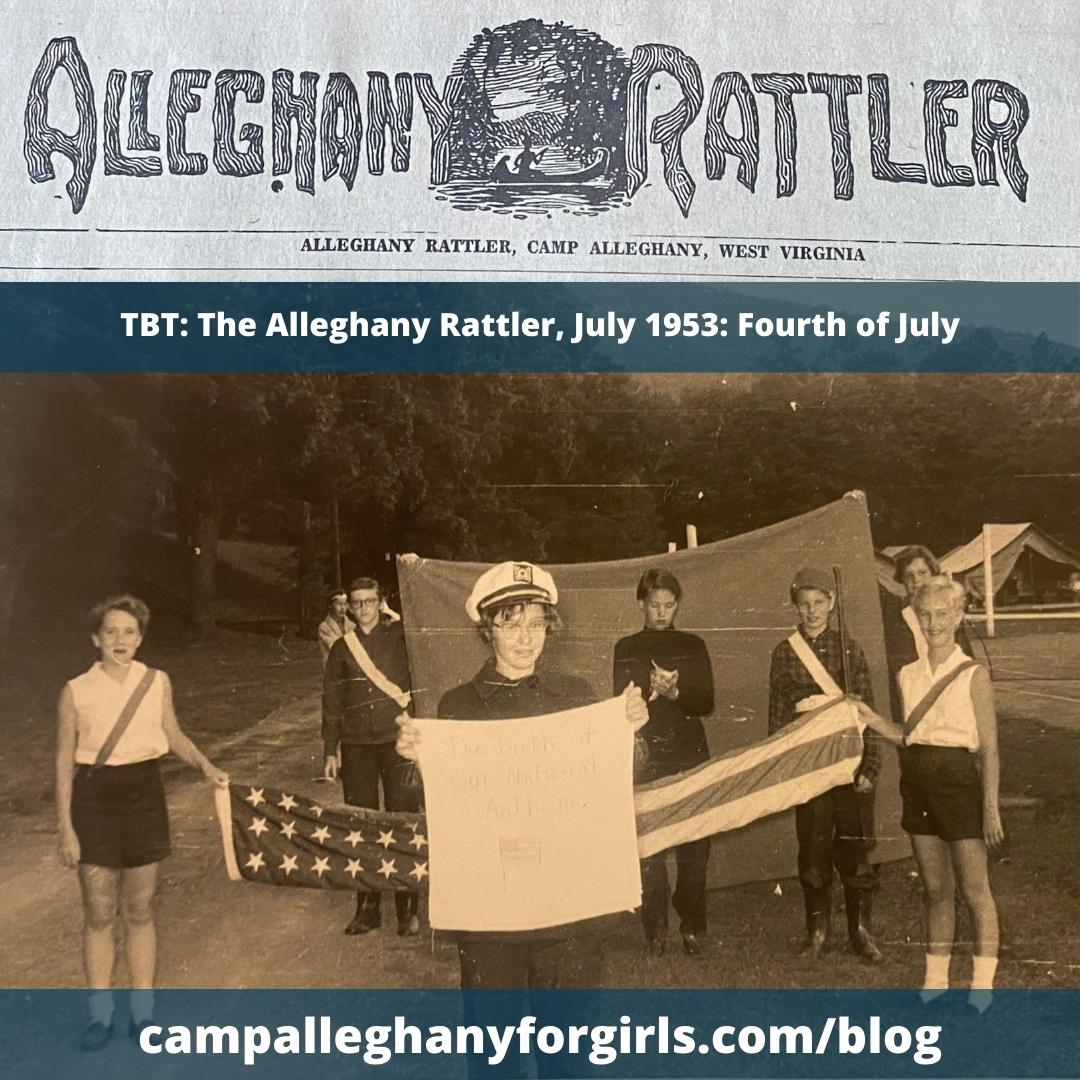 The Senior Parade formed in front of the infirmary at about seven p.m., and soon the parade began.

The first two tents carried flags decorated with streamers. Other floats were The Spirit of ’76, Fire Crackers, Former Fourths at Alleghany, Washington Crossing the Delaware, The Boston Tea Party, The Two Little Confederates, and Washington Throwing the Silver Dollar across the Delaware River. The winners in the Senior Parade were: Former Fourths at Alleghany done by tents three and four; the float representing Francis Scott Kev writing the “Star-Spangled Banner” and the Firecrackers done by tent twenty-one.

The Junior Parade was centered around the Statue of Liberty. The girls were groups representing different nations, which gave the idea of friendship. Each group did a little dance. The Irish and Scotch were there, and we even had visitors from China who were dressed in colorful clothes. There were cowboys and Hawaiian hula girls also,

After the parade, we went up on the hill to watch fireworks and eat ripco bars. Thus we spent a very enjoyable Fourth of July evening at Alleghany.