Take a glimpse into a fun after-dinner activity held in August 1942! Campers and counselors create unique camp songs in a fierce competition over a cake. 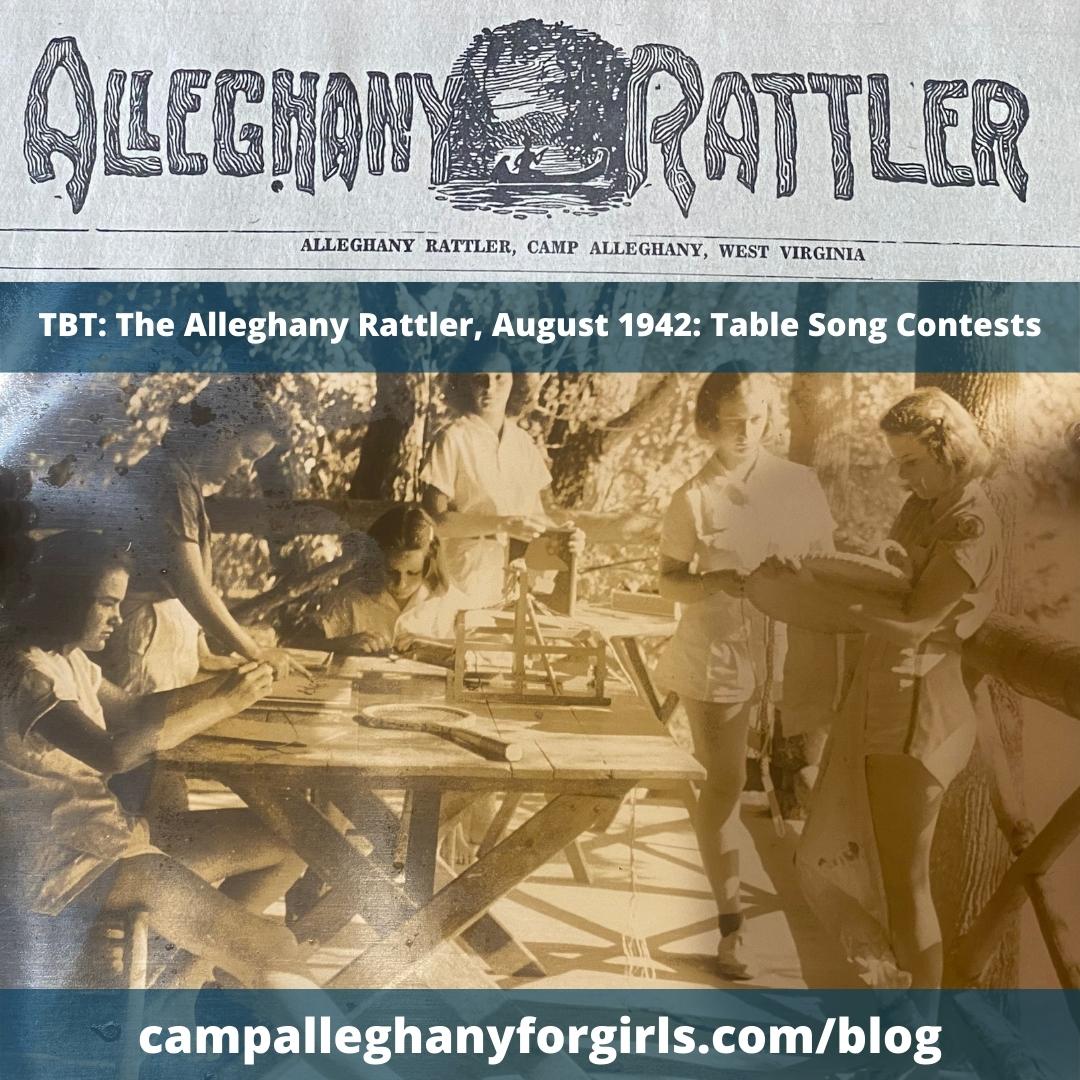 As members of several tables were trying to “tune-up,” others would break in with old songs. A contest was to be held after dinner to see which table in the Senior Dining Room. could write the best song. After everyone had finished her meal, the judges and Juniors came in and were seated. In turn, each table sang its song, every one of which was good. Martie Bieler, Kattie Mac, other counselors and camp, in general, were among the subjects. After conferring a while, the judges asked for two songs to be repeated: one to Buddy Royer and one to several other counselors. They decided that the latter, set to the tune of the W. & L. Swing, and written by table Eleven should win the cake. The losers were disappointed, but most of the songs will be sung again at camp.

The Juniors had their contest the following week. Their songs varied from serenades, camp life and mail to table manners. The judges from Senior Camp awarded Table One the cake for their Jay Bird song. Table Five won extreme honorable mention and Table Six honorable mention.