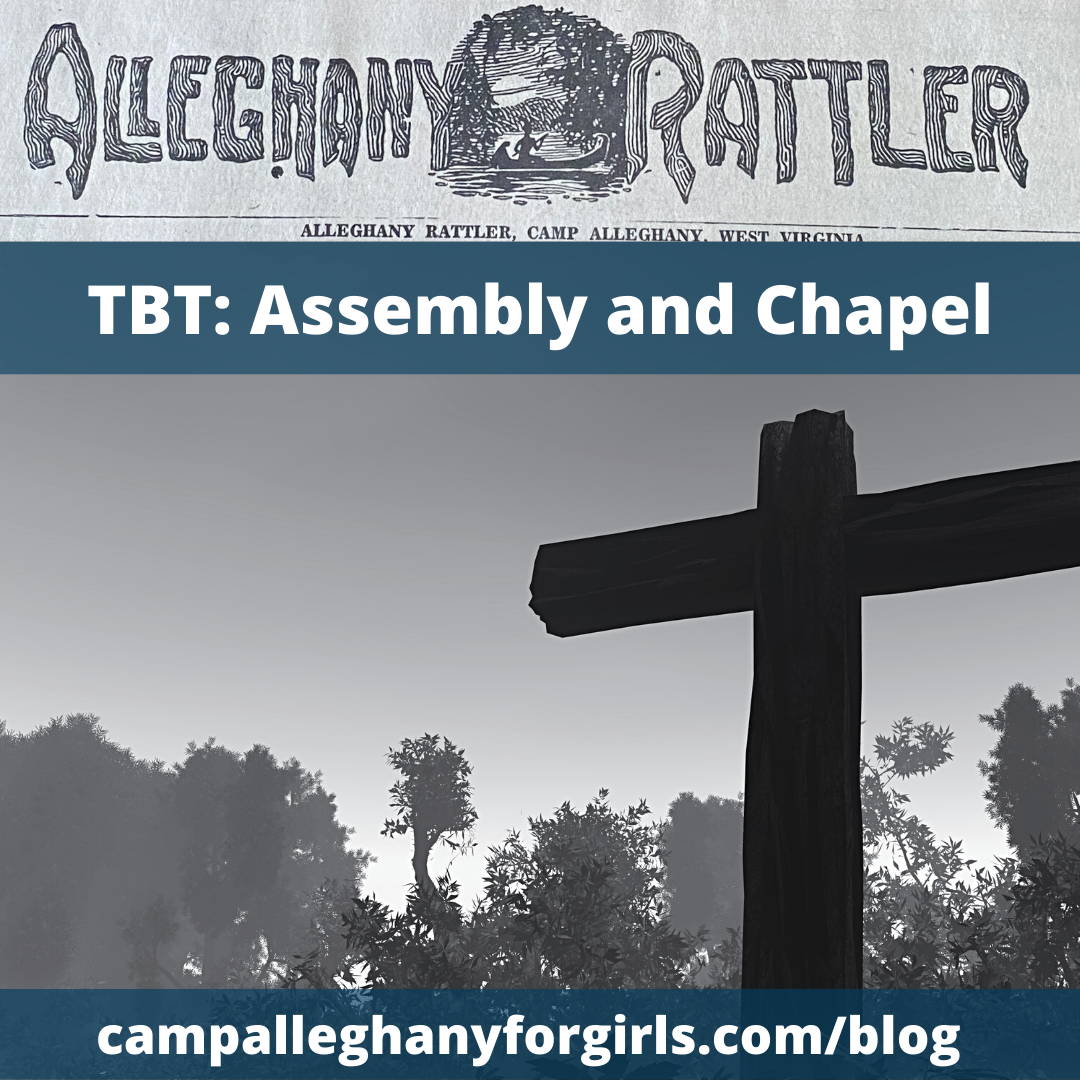 In the absence of Mr. Milton, Camp Alleghany’s minister, Channie opened the first Assembly. The campers sang two familiar hymns, directed by Mr. Young and accompanied by Shep Mann. Channie gave a brief challenge to old and new girls, after which the devotional period closed by praying the Alleghany prayer.

Everyone met all the heads of sports and Activities from the most faithful Alleghanyite, Mrs. Alderson, to Mr. and Mrs. Spear who instruct on the Waterfront.

In closing, some new camp songs were sung and announcements made for both Junior and Senior camps.

The enthusiasm indicated that the campers enjoyed their first Assembly.

The first church program, July 1, found campers clad in white filing into the Play Hall. With the signing of “Come Thou Almighty King” the Assembly was opened. Bess Helmondollar offered a morning prayer after which Betty Chase Crosley read the scripture lesson, Psalm 121. The offering was presented, followed by Psalm 91″ by MacDermed, and a vocal solo by Mr. Young.

Bess gave an inspiring message about the part that camp plays in one’s daily life. She spoke of how camp improves the mind, the body, and the soul of a camper. Several quotations from hymns interspersed her message to show the girls how important God is to each and every one.

Following the sermon period, a select group from Junior Camp gave a presentation of “Jack in the Pulpit,” under the direction of Margaret Williams. The service closed with the hymn, “God of our Fathers.”

Shep Mann supplied the prelude and the postlude and accompanied Mr. Young.