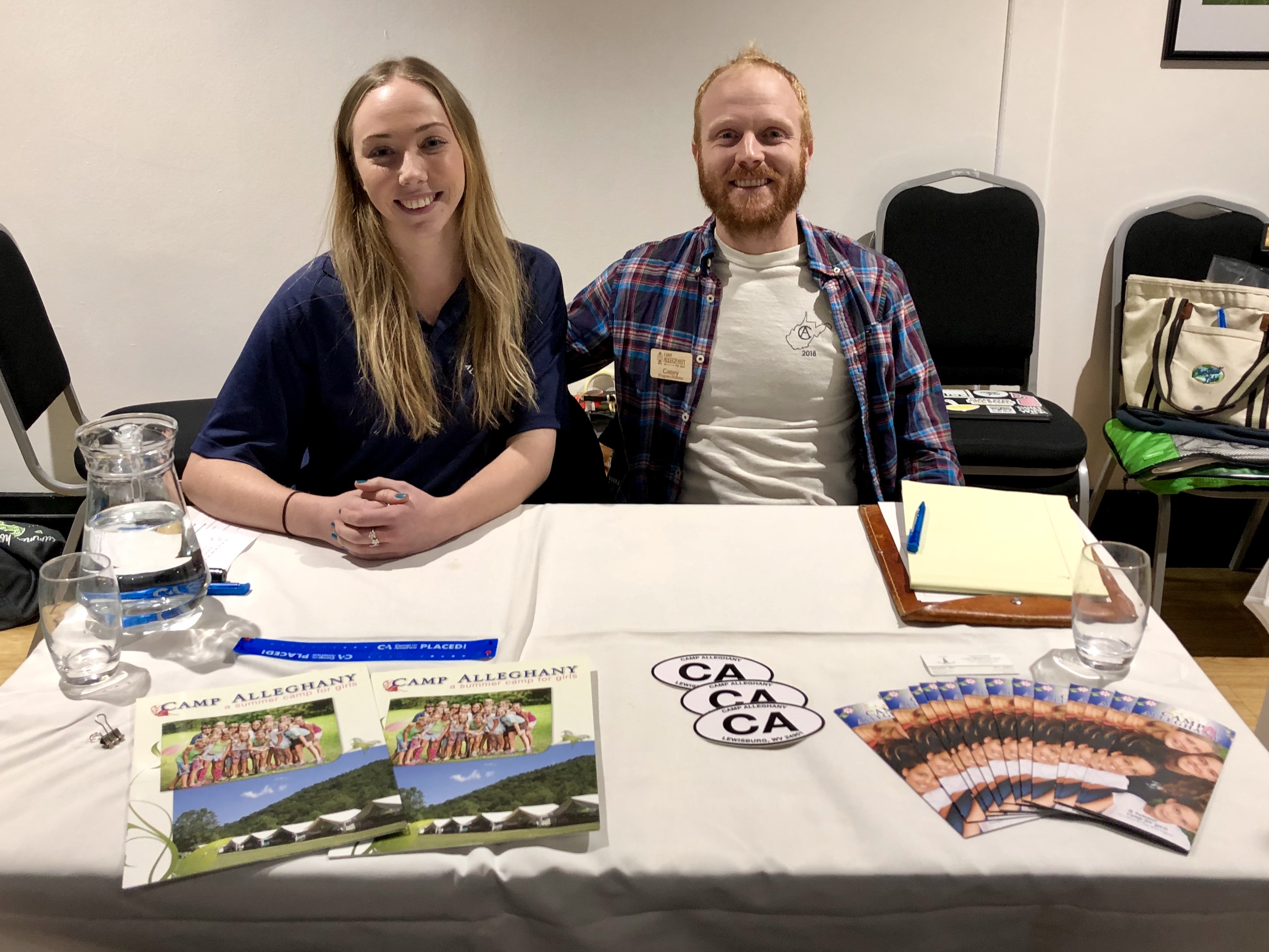 Two weeks ago I embarked on an international trip to recruit camp counseling staff for Summer 2019, and to catch up with old camp friends across Europe. It was an amazing trip which reminded me how important friendships made at camp are, and that they last a long time.

I suppose it’s best to start with the main purpose of the trip: recruiting new Non-Camper Counselor Clubbers (NCCCs) for 2019. The hiring fair held in Manchester, England, was hosted by one of our international staffing partners, Camp America. 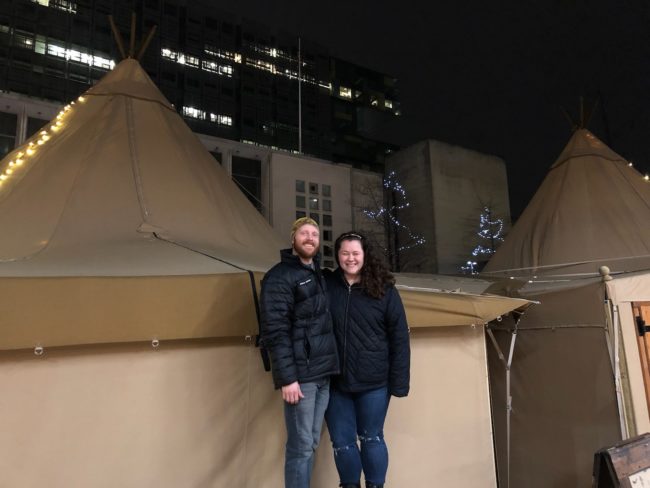 The fair was at Old Trafford Stadium, home of the Manchester United Football Club. They even let us camp directors head into the seats to see the pitch, or the soccer field as most of us Americans might call it.

This year’s fair brought in lots of traffic, and I spoke with many potential candidates. Thankfully, I had ‘Ghany veteran, Erika Steward, to help me chat with the applicants and ensure camp was a good fit for both sides. At the end of the day we brought on three new staff, including the Head of Drama! Be on the lookout for their announcements soon.

The other perk of the fair was getting to see old camp friends from my original summer camp employer, Birch Trail. I worked with their assistant director and their photographer back in the day, and it was wonderful catching up with both of them.

After the fair ended, Erika and I joined the Birch Trail crew, including a new counselor of theirs, for dinner. We had a grand time talking camp, comparing programs, reminiscing, and discussing what camp had done for each of us.

Life doesn’t get much better than good friends, good food, and camp. That was the theme for the rest of my trip abroad. Each stop included camp friends.

In Florence, Italy, I visited Alleghany’s Head of Rifle, Liza, and her husband. They showed me city and introduced me some magnificent Italian food. The best part of Florence, at least in camp terms, was having Liza commit to another summer on the Rifle Range! You could say that brings the recruiting total for the trip to four awesome staff members!

Next came a few days in Budapest, Hungary, where I visited another Birch Trail friend. I saw the sights, toured the castle, and enjoyed a thermal bathe.

Finally was a short stopover and a night in London with one last acquaintance from Birch Trail before coming home and getting back to the work of Camp Alleghany.

In the four cities I visited on the trip, I had time with camp friends in each. Lifelong friends really are made at camp. What’s even better is that those friends are scattered across the country and across the world. I can think of so many places in the US and abroad I could visit to catch up with camp people over tea or a meal.

Whistle While You Work

The best news of all is that the cycle begins again in 2019. New international staff, new domestic staff, Junior Counselors (JCs), returning counselors, and Maroons (campers who became counselors without having first been an JC) all coming together to create new friendships and inspire the campers to do the same.

The campers will experience another summer of superior cultural diversity at ‘Ghany and learn that true friendships can survive thousands of miles and years apart. I’m thankful to have learned the same lessons. All thanks to camp!

Casey began as Camp Alleghany's Program Director in early 2017 after working at Birch Trail Camp for Girls in northern Wisconsin for six summers. There he served as a Wilderness Trip Leader and Trip Director. Casey's passion for the outdoors, young people, camping, and adventure are legendary and infectious. "After all, what’s life without sharing a good adventure?"