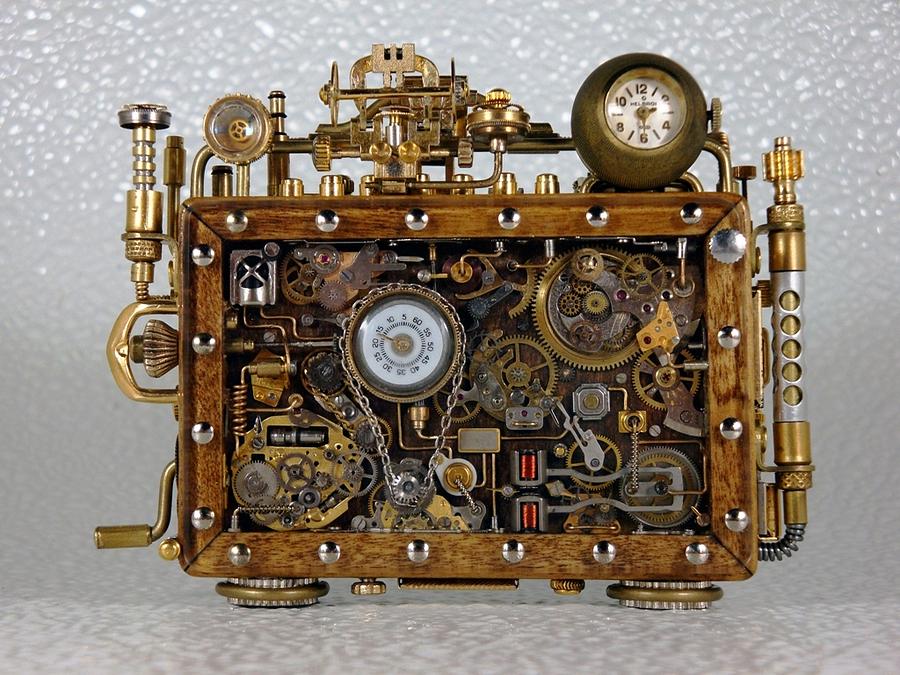 I got a real kick out of reading a story written by a young camper — Cathy Canaga — from the April 1986 Alleghany Rattler titled “The Time Machine.” Given that 2016 is only 3 years from now, I guess the camper’s visions could still come true. But I’m betting the future might look a lot more like the past on the banks of the Greenbrier River, quiet and gentle with no shape shifting or time bending at all.

We were ready to go. Stacy Elwood, Amy Fife, and me, Cathy Canaga. We stepped in the time machine. Stacy punched in the year 2016. The screen flashed back “code word.” Amy said,

I wonder what the code word is?

Then in about ten seconds the screen flashed “time machine rejected!”

It must be the word ‘future,’ we’re going to the future aren’t we?

We typed in future and in about ten seconds the screen flashed, “future rejected!” Well, that’s not it! Then I had an idea. “Let’s type in H. G. Wells!”

“It’s the man who invented the time machine,” I said.

We all agreed that was a great idea. I typed in H. G. Wells and in about ten seconds the screen flashed, “push the numbers 0012457 for lift off.” We all cheered! We pushed in the numbers and in about two seconds we were in the year 2016!!

When we got there we all looked around. I yelled, “This is murder!” We saw everybody walking like robots! When a man walked past us Amy asked,

I was a person until last year, then everybody was turned into a robot by the king!

Stacy thought we could help so we asked the man who the president of the country was. The man said,

His name is Cooper Dawson.

Amy, Stacy, and I all said at the same time,

Cooper’s the director of our camp!

We all went to see Cooper and asked him what was going on. He said,

The magic king of planet X put a spell on the whole country.

Stacy asked Cooper where planet X was. He said it was in Lewisburg, West Virginia. We all laughed! Cooper said that the king was using Camp Alleghany as his planet X!!! Stacy said,

Why don’t we go to ‘Alleghany’ or ‘planet X’ or whatever you want to call it!

Amy asked, “How are we going to get there?”

If our time machine flies through time why can’t it fly like an airplane?

We made some wings and headed to Lewisburg from Washington D.C. We took Cooper with us. When we got to one side of the Greenbrier River we all knew what we were doing could save the country.

We all gathered sticks for our protection and went across the river on the barge. When we got to the other side we went directly to the cottage up the hill. Cooper peeked in the window and saw the king at his computers. When he left the cottage we all went inside and bashed the computers with our sticks and left to go find the king.

When we found him he was in the Play Hall giving a lecture to all his guards. When we got into the Play Hall all the guards started to fight us. We beat them with our sticks. We then tied them up and carried them down to the canoe docks. We put them in a canoe and watched them disappear while floating down the Greenbrier River.

We all went back to Washington in the time machine and Stacy, Amy, and I all went back to the year 1986. In the summer time when we went to Camp Alleghany we told the whole camp about our adventure in the year 2016.

Suddenly I woke up! My counselor, Margaret Roop, was on one side of my bed. She said I just had a dream. On the other side of my bed Amy and Stacy were sitting down. I told them how we had saved the world! But they had no idea what I was talking about!

Those creative Camp Alleghany campers can’t get camp out of their thoughts even in the April months that come long after camp is over and months before it begins. They love it that much, so much that they’re willing to bend time, risk their lives, and take on evil kings. Now that’s devotion!