Every year I write up my Top Five Favorite Things About The Summer. You can read my previous blogs on this here:

Since camp is so wonderful in so many ways, my top five of our 95th Summer is in no particular order.

Honestly, the Songbook Challenge could be a blog in itself, so stay tuned to the blog to hear more on this. But for now I’ll share a wee bit.

I started the Songbook Challenge on a whim last year during Second Term. I wanted a way to get campers looking at their Songbooks to learn some of the words to our traditional camp songs, or to just familiarize themselves with songs in general.

I told the campers that they could challenge me to any song in the entire Songbook during free time or whenever while accompanying the Songbook Challenge with what I had to do if I lost (e.g. wear my hair in corn rows for 24 hours), and then I would have to agree or not.

If I agreed, they would tell me the song they wanted me to sing. I’d give it my best shot, and then if I messed up, they won and I had to do whatever I agreed to do! 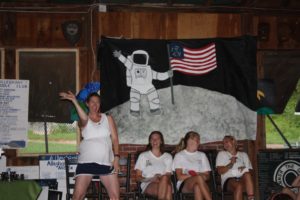 Dancing after losing a Songbook Challenge.

This year the Songbook Challenge became an unofficial Assembly event with me receiving a challenge almost every morning! I started it during First Term and it lasted all summer! The campers (or counselors!) with a challenge would raise their hands during Assembly and come up and challenge me.

Remember, previously the campers just stopped me in my tracks in camp and I had to sing in front of a few of them. Singing songs solo in front of nearly 300 people was a new game, and it was pretty nerve-wracking! I choked a couple times on songs I definitely knew.

But it was all in good fun, and some of the things I had to do when I lost were: sing various songs over the loud speaker (the National Anthem, Flo Rida’s “Low,” Mariah Carey’s “All I Want for Christmas is You”), wear my hair in corn rows for 24 hours, dance the “whip, nae nae, and dab” at Banquet, sing a “love duet” with a Green Team guy —  and the campers voted it should be Garrett so we sang “I’ve Had the Time of My Life” at Assembly together, and more! 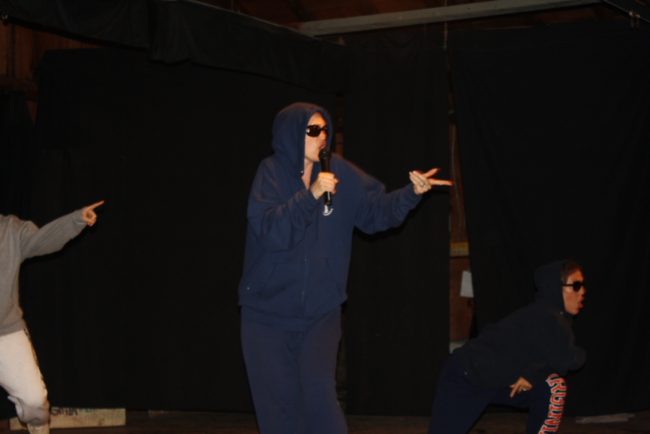 This is always a favorite Evening Activity of mine —  it’s so fun for both campers and Counselors, and there’s always such positive energy in the Play Hall. The Counselors sign up to do anything from an actual talent, to a skit, a lip sync, a dance, etc. and they perform them in front of the whole of campto much delight. They all did an amazing job, and we all loved watching it.

But far be it for a ‘Ghany Girl to just sit on the sidelines when e can act in solidarity with our sisters! So…

At the last minute, I actually formed an act with Office Manager Louise and Office Assistant Laura Gorsuch. We rapped to Coolio’s “Gangsta’s Paradise,” complete with our hoodie costumes.

And while the campers probably had no clue what this song was, it was just intended to be a funny way for us to be involved and get out there in front of everyone to show that a ‘Ghany Girl is never too old (or pregnant) to join the fun, be creative, show her goofy side, and entertain with the best of them.

3. New schedule for the last full day of camp 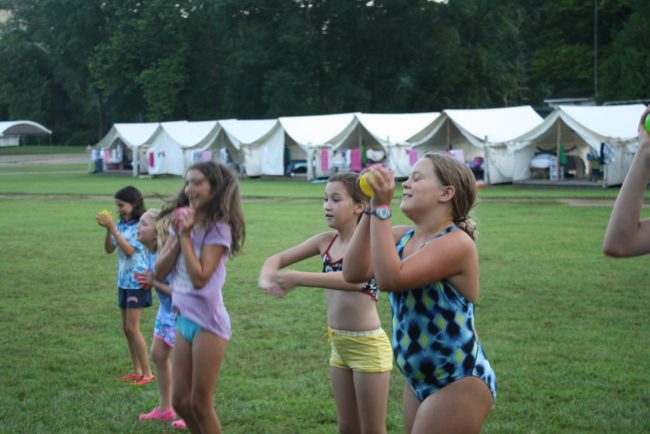 On the Friday before closing day of each term there have traditionally been no departmental activities, and for ever and ever we have had a very long morning Assembly called Awards Assembly. It was always held outside in the heat, and was very LONG and, we have to admit, maybe a touch boring for the campers.

Each group of Department Counselors came up one by one and gave out small awards for their activities. The intention was great, but it just wasn’t delivered in an engaging fashion, and truly was long and boring. But it was a staple and a tradition, so we never thought to change it up.

However, at the American Camp Association (ACA) conference last February a friend of mine told me that her camp had the same exact type of thing and they had finally decided to get rid of it and replace it with something more meaningful. So we brainstormed and came up with a new idea and new schedule and it worked so well!

This freed up the last day of camp, those Fridays, for a regular Assembly and time to spare. What we did this year was after Assembly, everyone went back to their Units where the Unit Head planned a final unit bonding activity.

We love a healthy dose of experimentation at camp so I was interested to see how this would pan out First Term and the feedback from the Unit Heads was unanimous — they loved it! Yay!

After the Unit gatherings, the Start-ups and Midways gathered together for the Start-up Graduation (when the oldest campers in Junior Camp have a mini graduation ceremony to move up to Senior Camp).  This used to happen in the afternoon, but now it was in the morning after the Unit gatherings, leaving time in the afternoon for a final Free Swim in the glorious Greenbrier River.

We were all so pleased with how this day went First Term that we repeated it Second Term, and I think it’s a done deal! 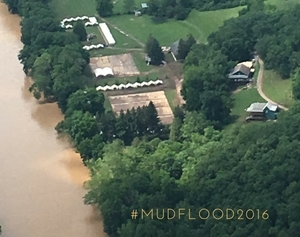 It would be weird to not mention #MudFlood2016.

Obviously the flood is not something that any of us wanted. But in typical ‘Ghany Girl fashion, a little weather was not going to get us down!

Instead the flood really brought so many people together and showed the strength and connection of the Camp Alleghany community at-large — both inside and out. From the Mini Camp Counselors, Mini Campers (Mini Troopers? 😇), Term Counselors, alumni, and more!

Not only were there amazing examples of generosity directed at us, but many campers and Counselors took on their own relief and aid projects that showed the thoughtfulness of the ‘Ghany spirit. And at Family Camp the Camp Alleghany Alumni Association (CAAA) did a 50/50 raffle where half the money went to the flood relief.

I couldn’t be more awed, grateful, proud, and touched than I have been by what I witnessed and experienced around this wild 1,000-year flood and how it bonded and united our community even more than we already are.

The Lord truly does work in mysterious ways! 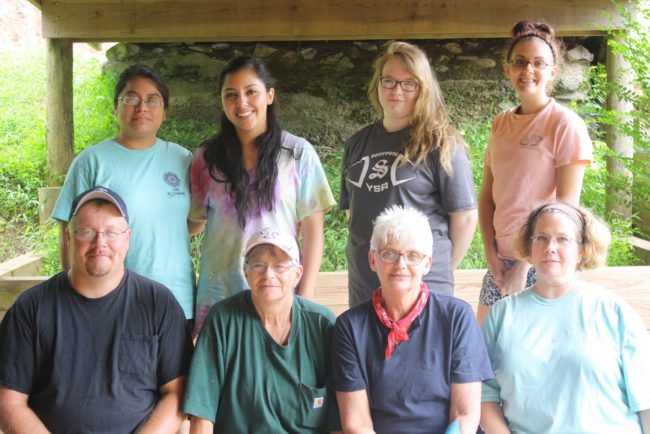 While we still don’t want to jinx anything, we think we might have *finally* gotten it right in the kitchen after the irreplaceable, inimitable Hazel years.

Of course, there’s always room to grow and improve, and we’ve taken many notes and suggestions for some tweaks and modifications, but overall we LOVED our kitchen staff and were happy with the product they delivered! Our kitchen went back to feeling like a loving, nurturing place, like moms and grandmas in the kitchen serving all their kiddos. There was enough food for everyone to feel full, and lots and lots of our favorites were served all summer long. Rumor has it the kitchen ladies want to return next summer, and we’re happy about that!

Bonus: The staff of Camp Alleghany! 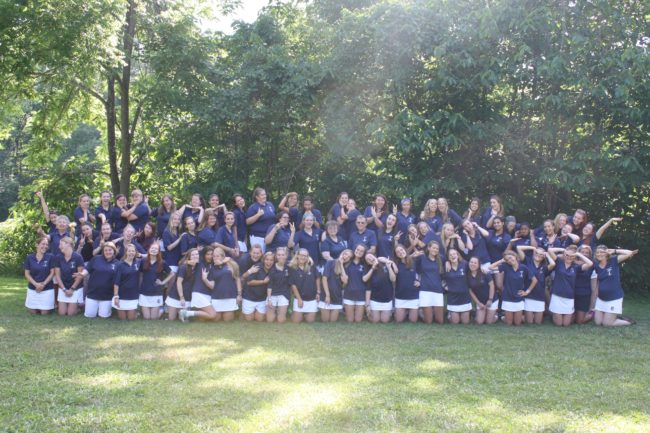 And of course I couldn’t leave out our wonderful, amazing, mind-blowing staff. 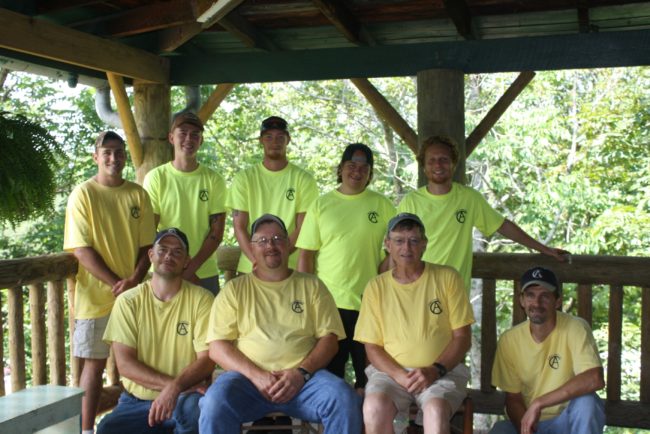 We truly had a wonderfully strong, resilient, hard-working team of employees this year. Camp would not be what it is without this group of people. The flood wasn’t the only bump in the road we experienced this year — the unexpected is always a part of camp life — and really every staff person banded together with every little bump we hit and powered through and made it an amazing experience for the campers.

The heart of Alleghany is the staff, working tirelessly in the background to make camp go on and make the memories for the campers.

So to ALL of you, a HUGE THANK YOU from me!!

I hope we’ll see many of you and our delightful campers (and their family members) back at ‘Ghany for Summer 2017, which, by the way, is in 303 days for next year’s Mini Camp! See you then.