Casey as a First-Time CampCon Presenter

Earlier this summer Program Director Casey Tucker presented at CampCon and soaked in lots of learning from the other presenters. Read all about it in today's blog. 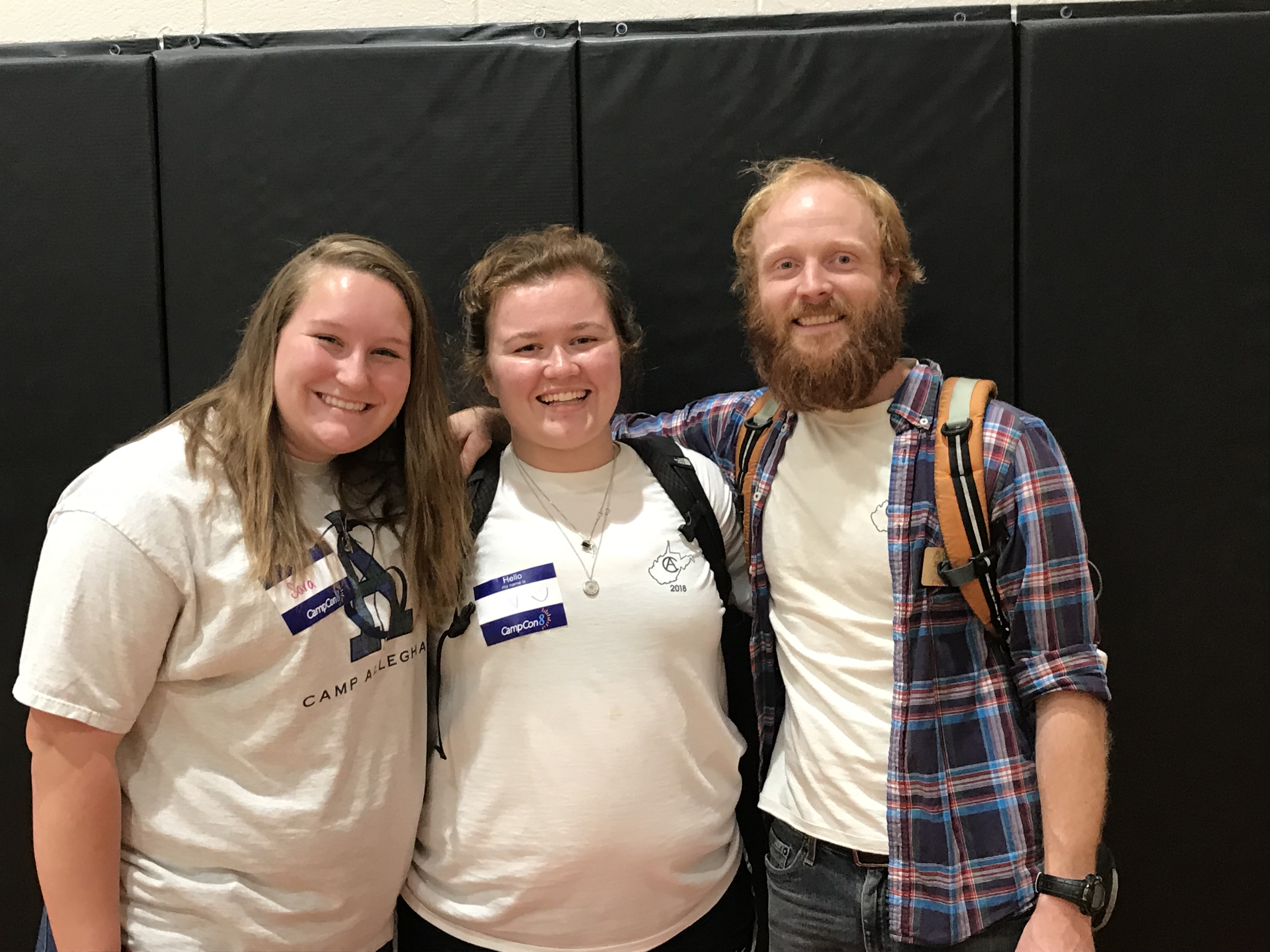 At the start of June, in the middle of the busyness of preparing for another great summer season, I was also preparing to present at a conference — CampCon — for the first time ever.

CampCon is an annual conference held in Falls Church, Virginia that is geared toward front line staff – counselors, activity specialists, programmers, etc. We love sending our counselors there when they can attend as it’s a wonderful opportunity to learn skills that will help during the summer. It also gives them a great chance to connect with other camp people, see a broader world of camp styles and offerings, and definitely pumps us up with the inspiration to positively impact and change lives.

As a professional development for our staff, CampCon is a real stand out as the conference brings in national camp industry speakers like Steve Maguire, Scott Arizala, Dave Malter, and others.

When CampCon called for additional speakers and topics in the spring, I thought I’d give it a try. I submitted a few ideas, and they gave me two breakout session slots. The thought of talking about camp and offering my ideas to other interested staff was really exciting!  Yet when they confirmed I’d be doing just that, it was terrifying!

Speaking to strangers at a 400+ person conference for the first time ever was nerve-racking to say the least. Regardless I was going to give it my best.

“Get a Promotion at Camp” and “Low Prop/No Prop Games” were my topics. I prepped, planned, wrote outlines, revisited old games, wrote descriptions, practiced speaking, worked on timing, and so much more.

The planning work was good, though I wondered, “Will this matter? Will people take something away from my sessions? Will I freeze up and forget what I’m saying?”

After the opening keynote from Steve Maguire, I set up my powerpoint and waited. Competing with national speakers in these breakout sessions made me not expect much of a turnout. And given my nerves, I was happy with the few who came.

We spent the hour discussing strategies, skills, and traits that would help earn staff members a promotion at camp. Things like asking, “What else can I do?” Or communicating your career and growth intentions to your director, and asking how to best make them happen. Though it was a small group, it went well enough for my first ever conference presentation, and I even got some positive feedback later in the day.

My next session was a bit more shocking. Over 70 people showed up for my session on No Prop/Low Prop Games. I went from a small classroom, to the lobby, to outside in order to accommodate the numbers. Seventy is a lot of people to lead games with when you originally expect 20 or so!

Luckily, Camp teaches us to make adjustments on the fly. For the most part, people were engaged despite the heat of the day. We went through attention grabbers and callbacks, fun ways to spend a few minutes of time in line or between activities, and played lots of games with excited camp professionals. At the end I got plenty of “thank yous,” and a number of people asking for the game write-ups I had so diligently typed up. Overall, I’d call it a success!

When we teach we also learn and I came away with ideas for better group management, different strategies for leading, questioning, and engaging groups.

I also got important takeaways from the keynotes, Steve Maguire and Jack Schott. One was 60-second celebrations as a way to get people talking and celebrating each other. For example, a great way to show gratitude and build on a purpose can be achieved by simply shaking hands with four or five people and saying to them, “Thank you for being here. Thank you for making a difference.”

And on thing I really loved adding to my toolbox were new attention grabbers to get a crowd quiet. These are the little things that can go a long way in staff training!

Both presenting and attending CampCon was a perfectly-timed “toolbox moment” for me since we kicked off our staff training at Alleghany less than a week later. I had the momentum of the conference and new approaches to test drive and I kept it all rolling into our season.

Head Counselors Sara and V also attended the conference and came away with great ideas and lessons from the speakers they saw (not me — they get enough of me at camp!).

CampCon 8 was both a great learning experience and an affirmation in professional development. I’m lucky to be part of a community here at Camp Alleghany for Girls that believes so strongly in growing our staff and program, sending not only the directors to conferences, but also our front line staff. I hope even more of our counselors will embrace that opportunity when CampCon 9 rolls around next June!

Casey began as Camp Alleghany's Program Director in early 2017 after working at Birch Trail Camp for Girls in northern Wisconsin for six summers. There he served as a Wilderness Trip Leader and Trip Director. Casey's passion for the outdoors, young people, camping, and adventure are legendary and infectious. "After all, what’s life without sharing a good adventure?"